This is a coloured-coded  map of the U.S showing the number of the lost boys and girls of  Sudan on the map. There is also a key on the map. I noticed there that Texas has 201 or more lost boys and girls. But it’s a big state so that makes sense. I noticed in most of the tiny states are brown. I also noticed that around Texas it’s brown, so I’m a little confused. But big states like Montana and Oregon have none. And Massacchuusetts have some but it’s small. I also noticed the I lands like Alaska and Hawai have none. Maybe because it’s difficult to get there. In Texas it’s big, and nothing is to expensive so that explains why a lot of people went there. And the jobs you get are like farming and you don’t have to go to college to get that job. And I don’t think that the lost boys and girls went to college because they were really young so that’s why a lot of people  lived in Texas. And in Washington D.C, it’s expensive to gen an apartment so that explains why only 1 person lives there. 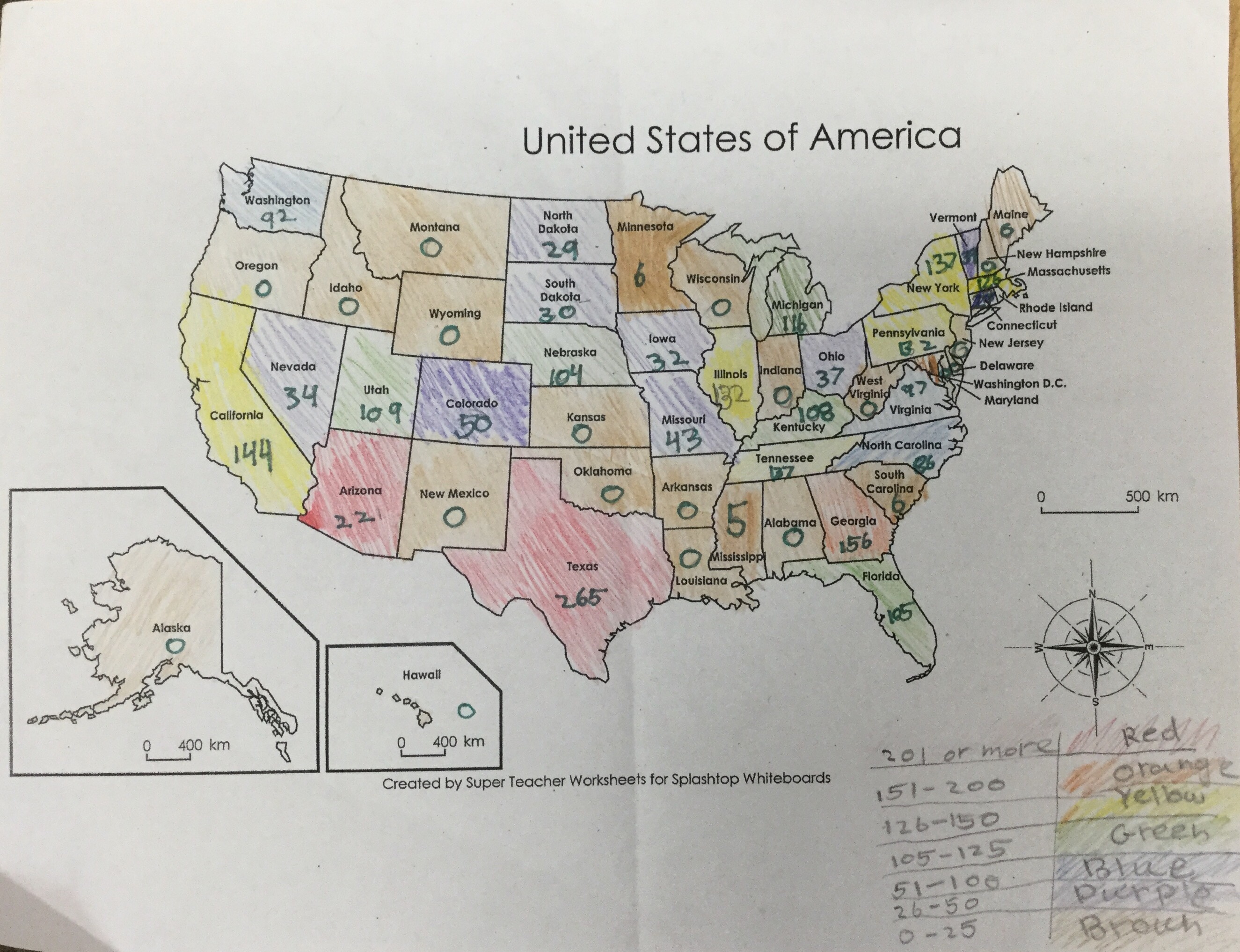